You might be very great at creating applications using Flutter, but unless you know how to automate your tests you might be hampering your productivity. As a beginner in testing, you might wonder about the need for testing in Flutter and why you’d want to test something when you can run the application and test it for yourself.

We will proceed slowly while clearing concepts, we will also create a demo app to get a clear idea as to how to implement testing. Firstly, Let’s take a look at why would we need Testing in Flutter?

Testing as the name suggests refers to testing something. That something could be your logic, your widgets, your API call, etc. While you can do all this testing by yourself there are some issues you would face in this route:

Due to all these issues mentioned and many others, it’s a must to automate testing. From a function to a feature we can test every type of code that you would write in an application. Now that we have our reason let’s dive into Testing in Flutter.

Types of Testing in Flutter 🌀

This type of testing is used to test a unit of code. Be it a function, or a class in your source code. It is a small piece of code that is run in isolation. We may use Mock API with fake data to check the output of the testing code.

In widget testing, we check if a widget behaves as expected when some value is passed. The value can be mocked or real-world data can be passed to the widget.

Now that we know the types of testing, let’s compare them on some parameters:

As you can notice that every type of testing has some drawbacks and some advantages. Normally, I wouldn’t suggest you use widget testing much. Write a lot of Unit tests and a few Widget tests. There would normally be one or two integration tests showing the complete app flow.

What we will build in this article?

We will get an image fetching application that will use Pexels API to get images. The app will have two pages, one page will show a list of random images while another page will be a page to search for images. We will create tests along with the app as we proceed. For app reference, this is a video showing the working of the final application.

To use the Pexels API you will need a Authorization get your auth key now. You may also use any Image API of your choice.

Setting Up the Project

As discussed earlier, Unit tests are used to check small blocks of code. In our application, we would need two APIs one to get the list of random images and another to search for a list of images. So first let’s create an API helper class that will call the APIs for us and return data.

Now let’s prepare the models we will need, we will not discuss how to create models. Place the models inside the lib/models folder. You can copy the two models prepared below or download them from the source code.

Now normally, after doing this all work, what you would do is create the UI. But remember we were going to test without any need for User Interface because we are unit testing, we can test the smallest block of code, here we will test the functions we created.

We mainly write a test in three phases arrange, act, and assert. You can read more about these phases and the need here. Enough theory, let’s implement our first test ✨

In simple terms, the error states that we can not use real-world APIs in the tests. That is what was predefined as we were supposed to mock API in unit and widget testing. If you want to mock your API you can check the following post, which explains how to mock API using Mockito.

To use the custom HttpClient just add the following line to the test:

We don’t assert anything in this test, however, we print some data inside of the getImageFromQuery function. So we should see some output on the debug console.

Thus, we can say that we did receive a response and we were able to convert it to PexelsSearchResult Model without any error.

Now that we have reduced the repetitive code let’s move on to the next test.

Before writing test #3 let’s create a method to add custom delay, we will use this method several times ahead in this unit test and widget tests as well.

In this test, we will check if the StreamController we defined earlier in lib/data/api_helper.dart works fine when a query is made:

In this test, firstly we listen to the searchStream and save the StreamSubscription so that we can cancel the subscription later. We manually wait for 2 seconds so that we can receive the stream event as the response from Pexels API may take some time. When we receive the data we assert that the event added is not null.

On running the test we receive a green tick representing that we received non-null data in the stream. We receive the following output on the console:

We can also group multiple tests into a group so that we can run them together. To create a group we use the group function and provide the tests within it:

Now we have written all the unit tests, now we will write some widget tests to ensure that the widgets are also working as expected.

Widget Testing in Flutter is all about testing the widgets, so will need some widgets to test. However, we will not discuss how to create the layout here as we are concerned about testing here. To simply put it the Home page will use FutureBuilder to consume the getCuratedImages function and the Search Page will use StreamBuilder to consume the searchStream defined in api_helper.dart. There will be a simple page to view the image on fullscreen.

You can copy the code from the pages presented below or download the source code.

Place the pages inside the lib/pages directory, now we can test the widgets easily. We can place the widget tests inside test/widget_test.dart or create a separate file. For the sake of simplicity, we will place the widgets test just below our unit tests.

Note that while creating a separate file for test ensure the syntax matches to filename_test.dart. The _test marks the file as a testing file.

With that our widget test is complete and now we can run our test. On running we can test we can see that our test passes and we get the following output on the console:

Here, the text highlighted in grey is the output printed by the front end in FutureBuilder’s builder method. Also, we get our message that the images are successfully loaded, as we were able to find multiple images. In this application, we will only create one widget test as there is not much complexity to test.

Save the file and run flutter pub get in the terminal:

Now let’s create the directory where we will place our integration tests. Create a folder integration_test in the root directory of your project and create a file app_test.dart. Place the following basic code within the file:

Integration tests are used to check the complete app or to check the flow of the application. So here real HTTP requests are made and run in a real async environment. So we don’t need to create our custom HttpClient or use tester.runAsync to run asynchronous statements.

The complete app flow test would look like this:

The integration test runs in a real device, so ensure to have a device connected. We have several delays without any reason here just to ensure we are able to see the tester operate the application, as the operator works very fast. So that’s it for testing in Flutter.

I hope now you will be able to write tests in Flutter easily and fluently. The complete source code is available on Github. You must check these detailed articles I wrote:

If you have any queries you can comment below and I will be happy to help you. If you are new to Flutter check my post on how to install Flutter on windows?

Complete guide to GetX in Flutter

Custom ValueNotifier in Flutter – With Examples 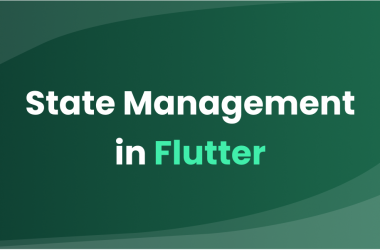 What is State Management in Flutter

State Management is a popular and most discussed topic in Flutter. If you are getting started with Flutter,… 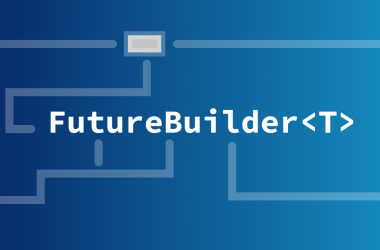 In Flutter, you may have come across situations where you need to wait for a statement to execute.… How to convert HexColor to Flutter Color?

If you are designing an app in Flutter, you may have trouble thinking as to how to convert…